After finishing my last robot, I was discussing woodwork with a coworker, and she commented that she had a thing for robots and has always wanted one for her shelf. As I love robots too, I was a sympathetic ear, and I thought I’d make one for her. 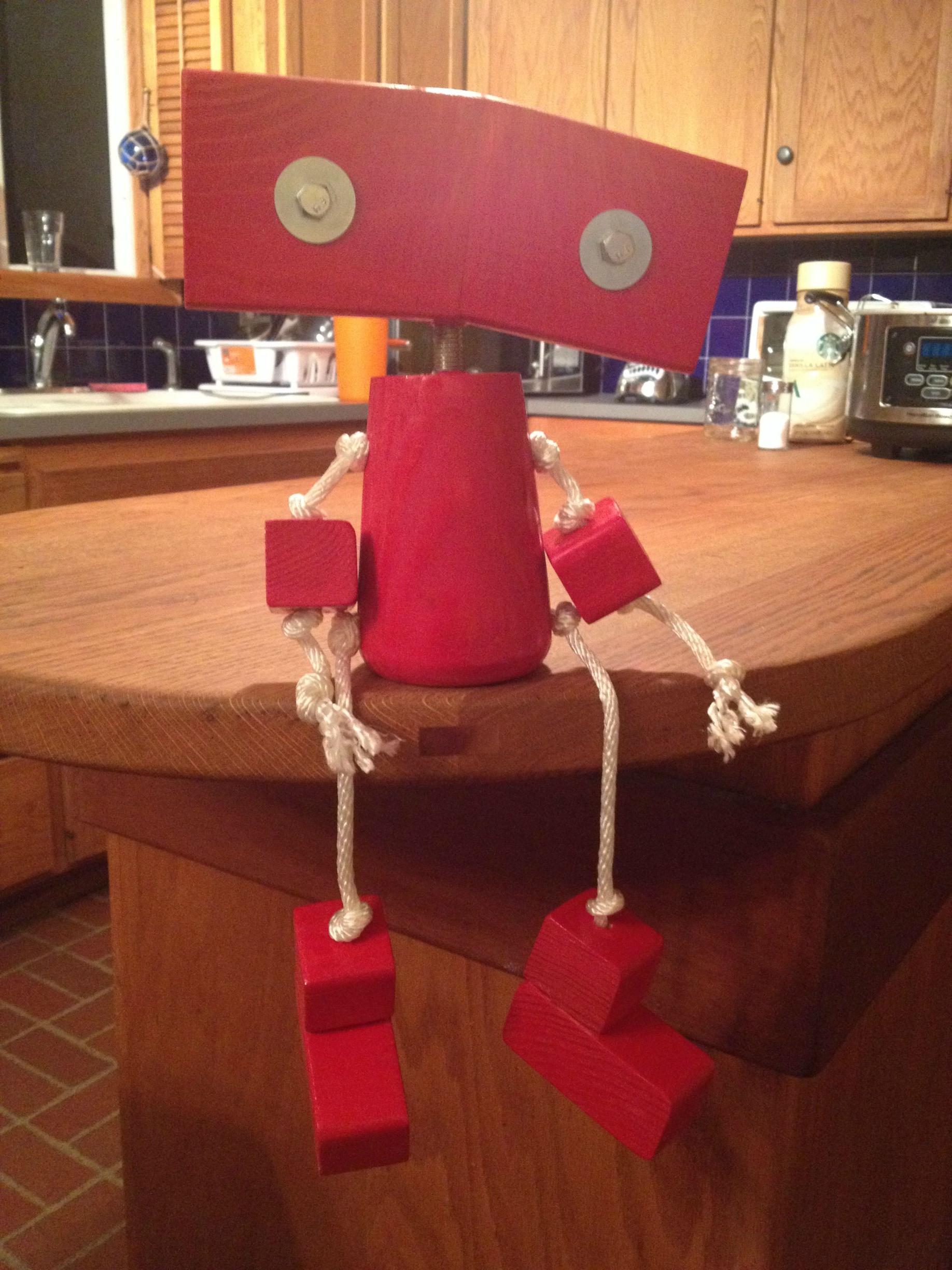 The head is two pieces of scrap 2x4, with both ends cut at a very slight angle. It’s so slight of an angle that I was afraid to glue them directly, since end grain glue-ups never work. So I made a quick double dowel joint. But since nothing in my house is level, I had to spend forever shimming my drill press so I could make sure to get exactly the right angle. The bottom dowel was a little off center, but not so far I couldn’t plane it down with a hand plane.

The body is a piece of scrap 4x4, which I put into my lathe and turned down to make the shape. I ended up doing it twice. The first time it looked great, but when I drilled the arm and leg holes, I found it impossible to line them up. The body looked like it was twisted a little bit. On the new one, I drilled the holes before turning it. Made it easy to line everything up, and my fears about tearout near the holes ended up being unfounded.

This was also my first time using threaded rod as a piece of robot. The head weighs about as much as the body, and if I’d used rope like on my previous robots I think it would have looked like the robot had collapsed. Since I had some threaded rod hanging around (from my short lived drill press to lathe conversion), I cut off a piece, pre-drilled the head and body, and set the rod. I ended up drilling the head at a slight angle – both because I thought it’d give the robot more character and because I was worried about hitting the dowel joint. 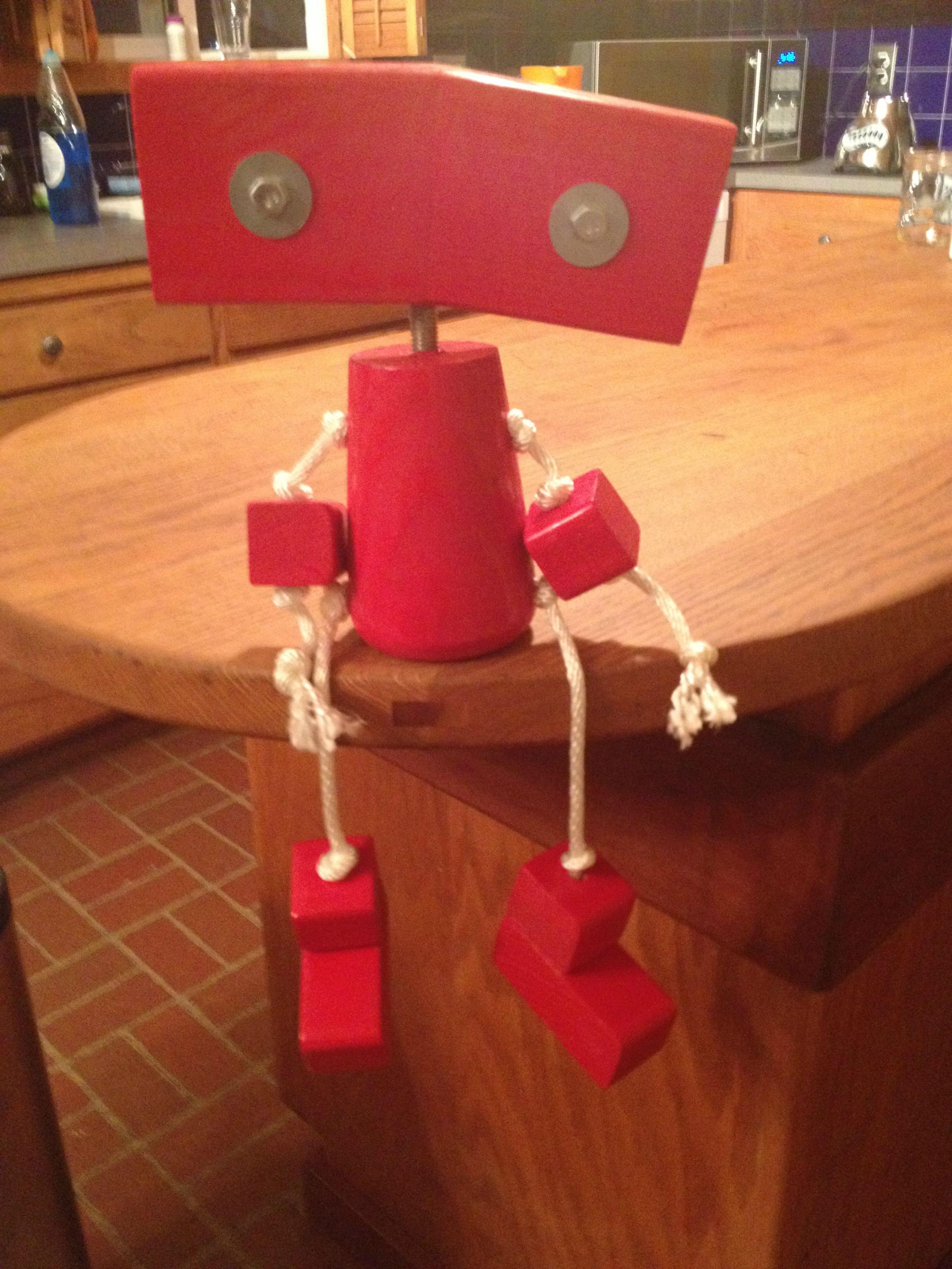 This was my first time using an oil based paint, and I’m really happy with how it turned out. Brilliant red color, but you can still make out the grain of the wood.

All my robots are in the imgur Album.