When we first moved into our house, even though we had more kitchen cabinets than I knew what to do with (at the time!), we still lacked a good, accessible place to store all of our pots. And, for whatever reason, the previous owners had decided to paint the entire room canary yellow – ok in small doses, but oppressive on entire walls. To fix both these problems, I decided to install a wall mounted pot rack on the biggest yellow wall.

Some wall mounted pot racks are pretty reasonable. For instance, this one isn’t too bad. And this one would have been great if I’d had the space for a shelf. But I needed something longer, ideally about 60 inches, and to be as close to the wall as possible. Even if I’d had the money for something long enough, it still would have come too far out from the wall. So, I opted to build my own.

I already had some little wooden blocks and a stain that looked pretty close to my cabinets. So I bought an aluminum bar (cheaper at Lowes) and some stainless screws. Here’s the finished result: 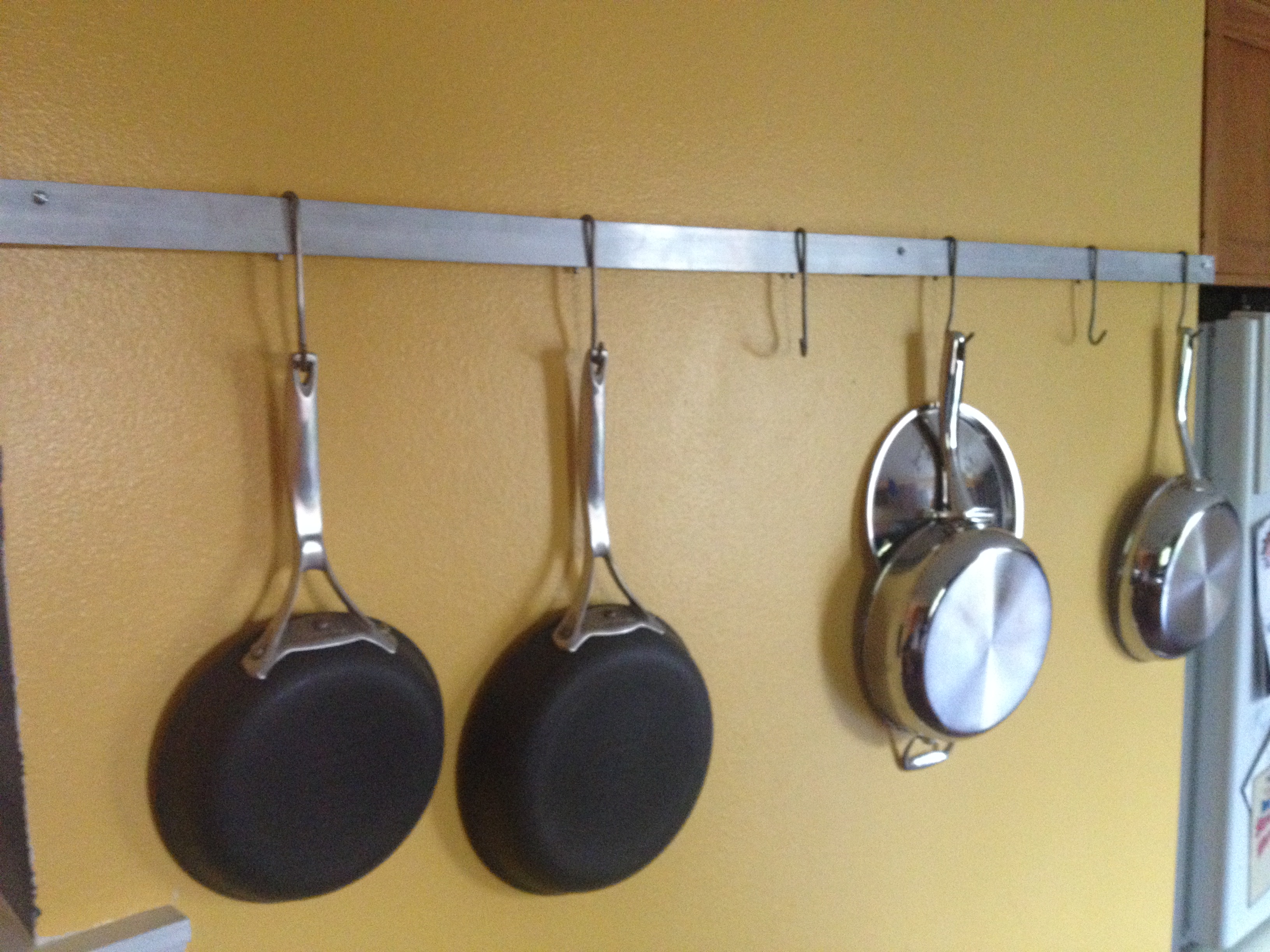 Each of the three wooden blocks actually has two screws into studs. One is stainless, and holds the bar against the wood. The other is just a 2½ inch drywall screw that sits under the bar, and helps to carry the weight and keep the wooden block from rotating. 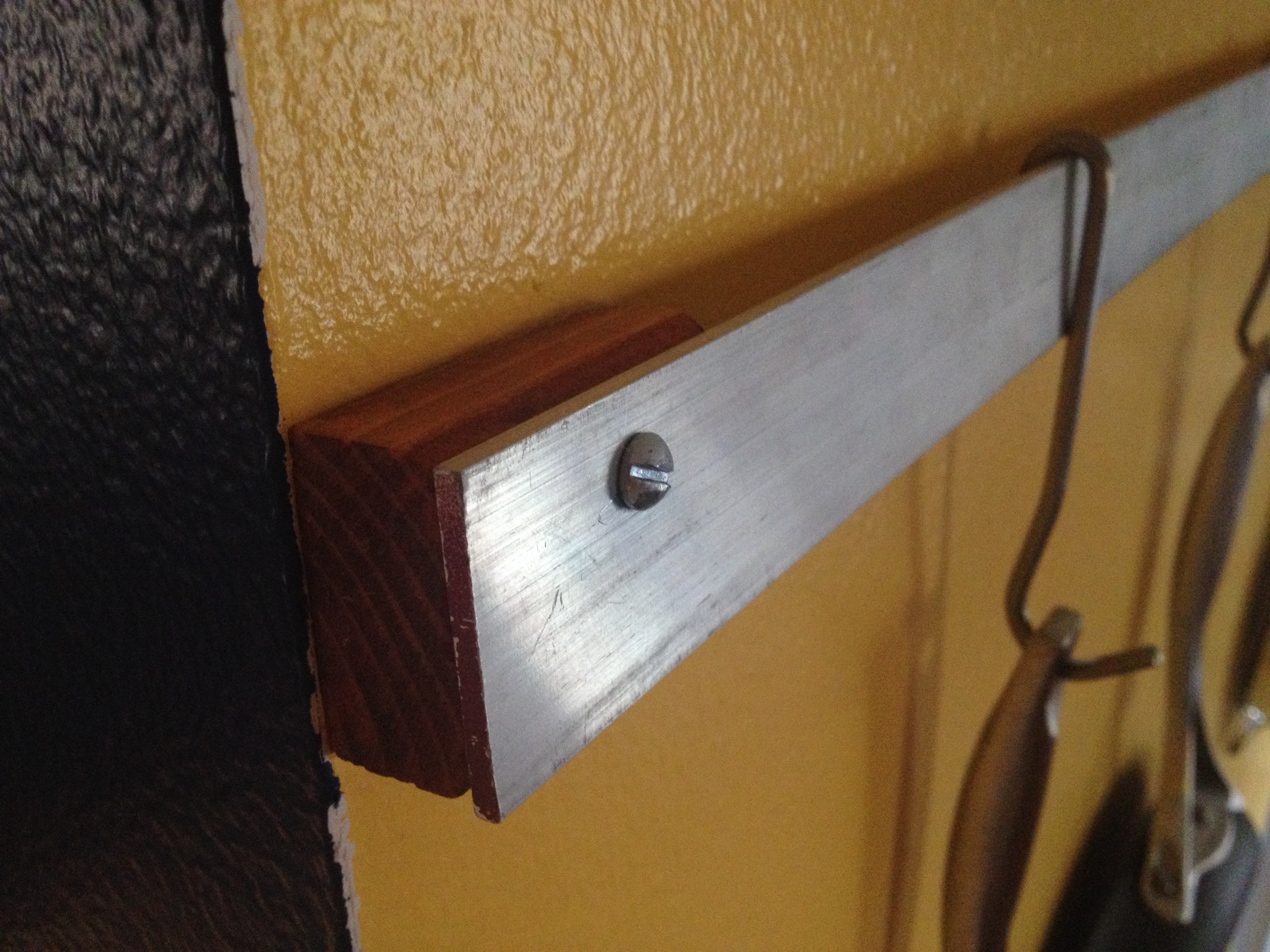 We used these hooks, and now almost three years later we’ve still got a pot rack that only cost us $30 and is perfectly sized to the wall. So, last week, when a long time friend of mine moved to the area and needed some more space in her kitchen, it was time to build another one. 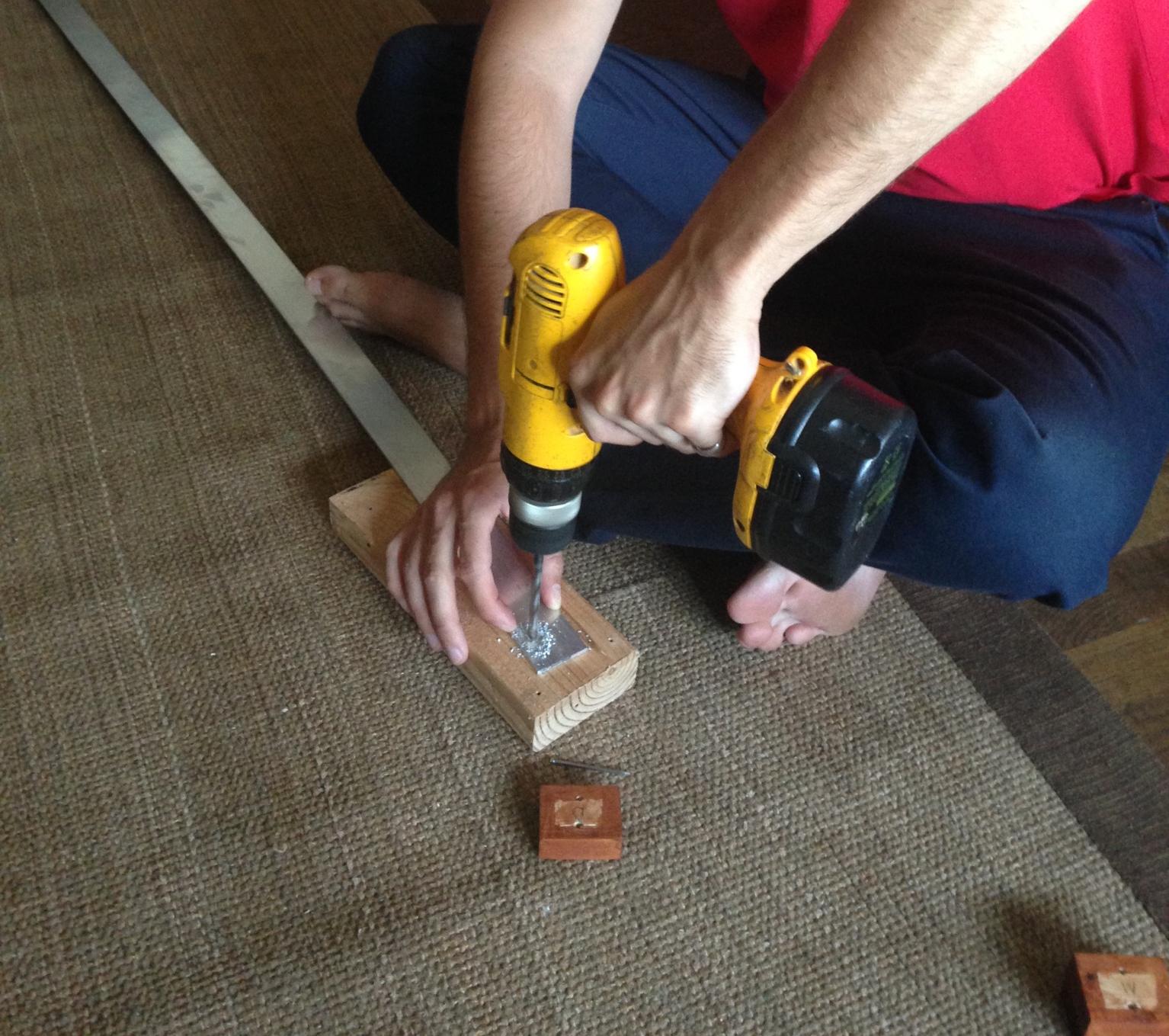 Since I recently replaced my cordless, I gave them my old one (link is to the closest comparable model I could find), which even though it’s almost 15 years old, still had enough juice to drill some holes in the aluminum.

I think they had a pretty awesome final result: 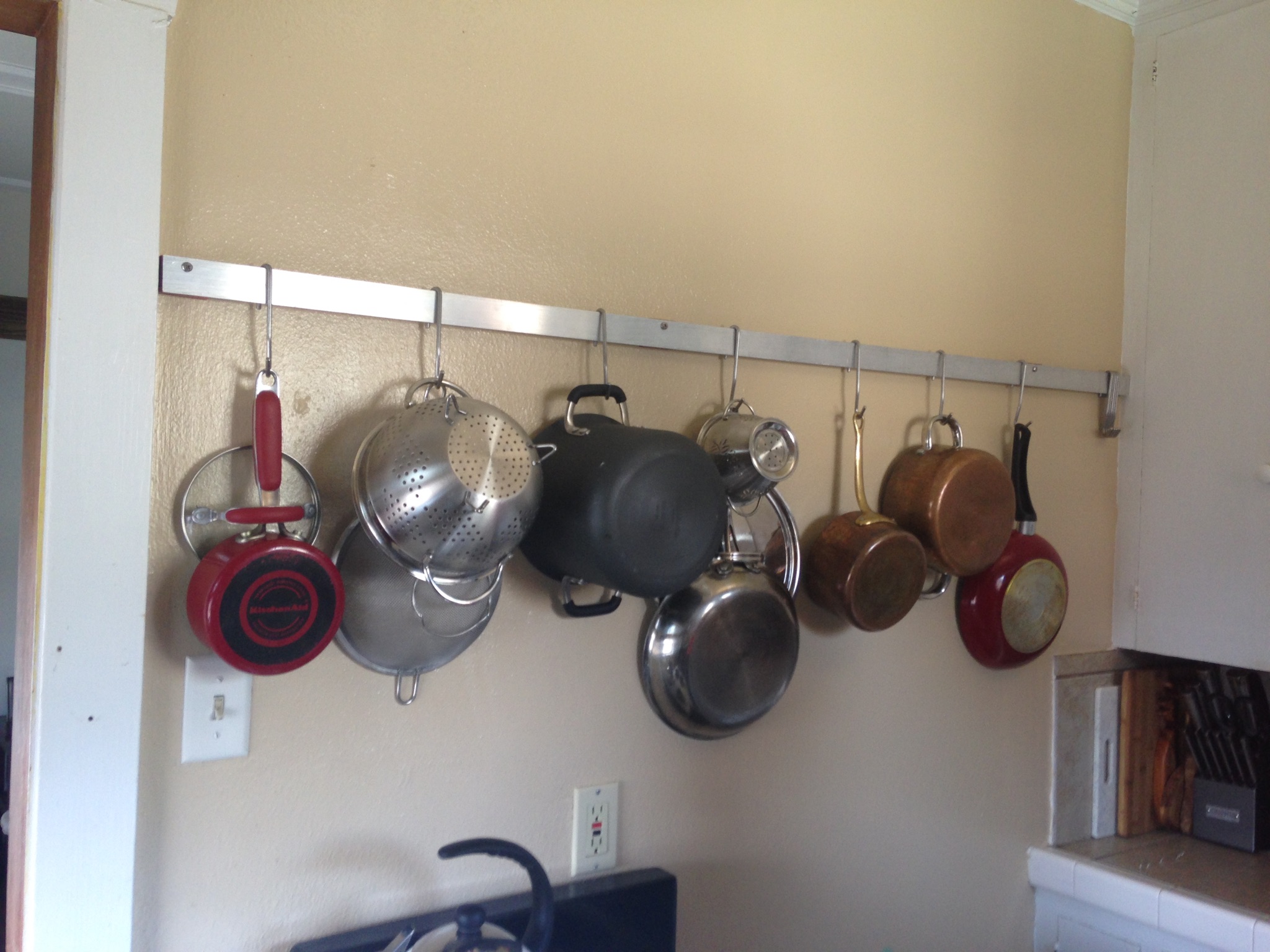