Kate, from previous adventures, pointed out that it was an unexpectedly warm day, so we should get out into the woods. Based on Eugene Cascades & Coast’s recommendation, we headed out to Trestle Creek Falls, with a goal of viewing both the upper and lower falls.

Sadly, Hudson slept in a bit and we got a late start. But the directions were spot on, and we arrived at the parking area without difficulty. Not only was there plenty of parking, there was a bathroom and great camping nearby. The Brice Creek area is definitely worth further exploring.

There’s been a lot of rain recently, so the river was up. Surprisingly, Hudson wasn’t interested in the water. 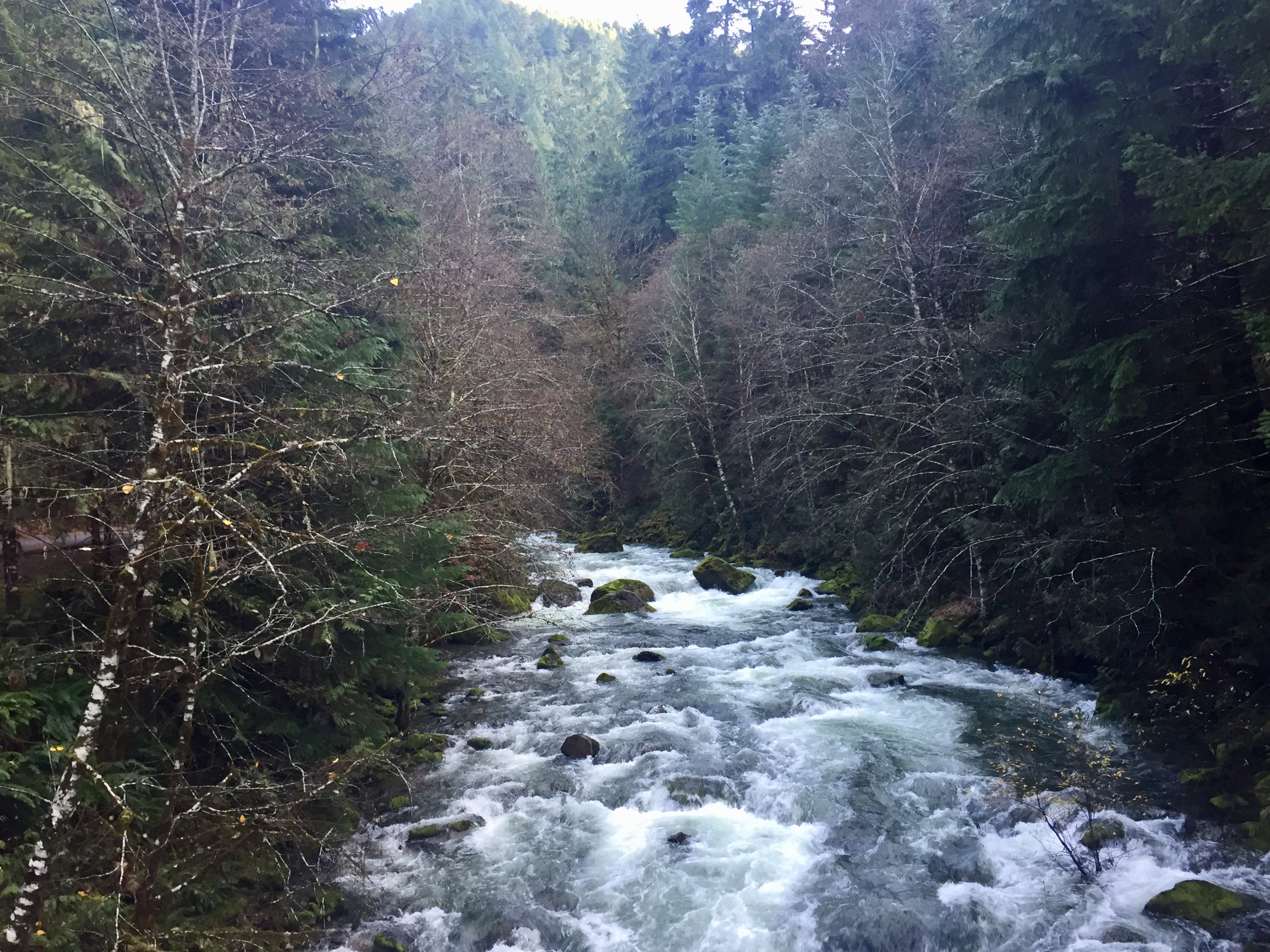 He was pretty excited to get in the woods. 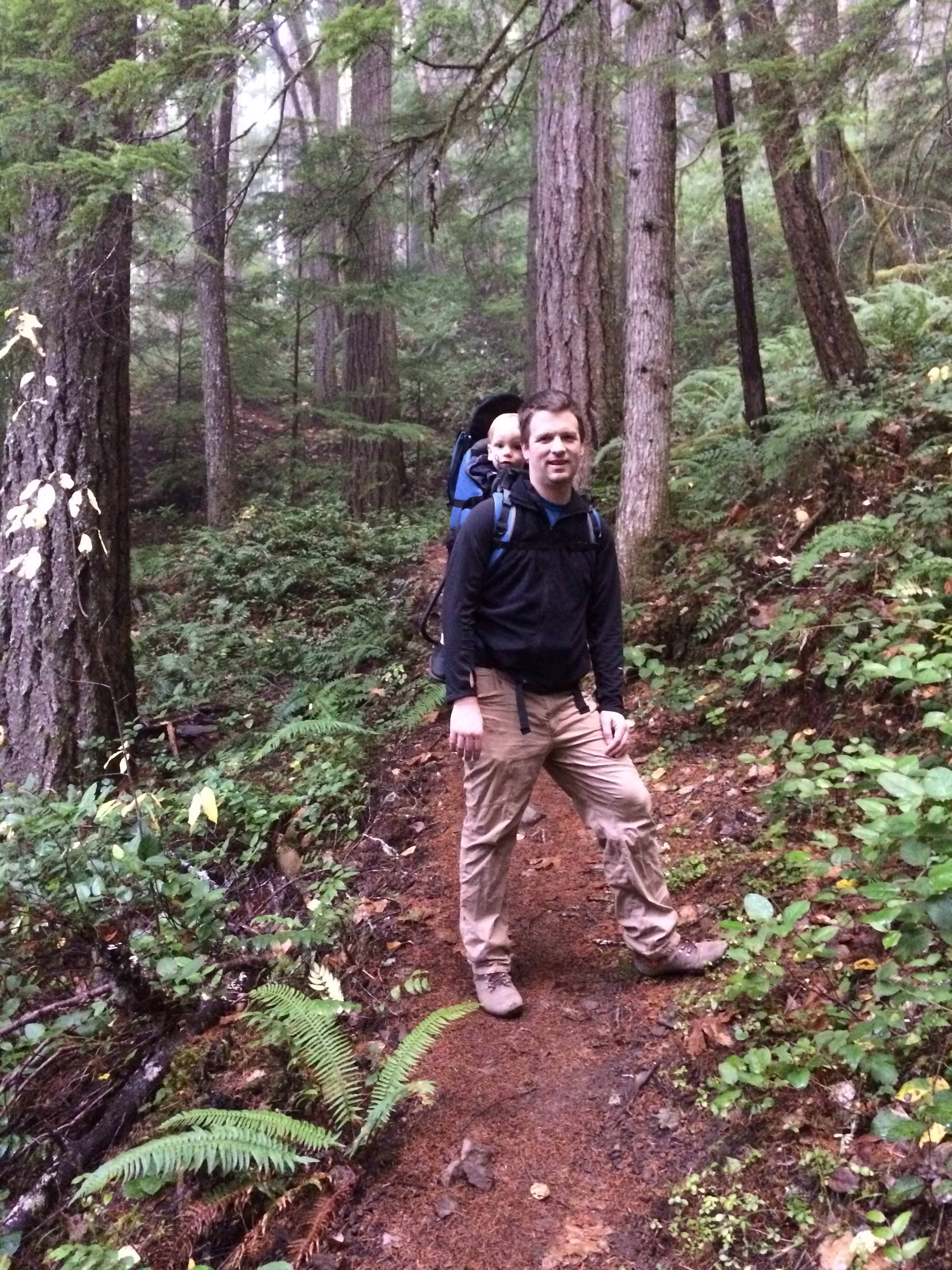 I’d hoped to let him stretch his legs some, but I’d read there was a good deal of poison oak at the trailhead, so I was nervous.

Since we’d arrived late, we moved pretty quickly to Upper Trestle Creek Falls. They were a good deal more impressive than I’d anticipated. There was a good deal of cold water leaking under the falls, and they were incredibly loud. Hudson protested noisily.

But worse, light was fading. We were going to need to skip Lower Trestle Creek falls and simply turn around. We took a selfie in twilight, and started hustling out of there. 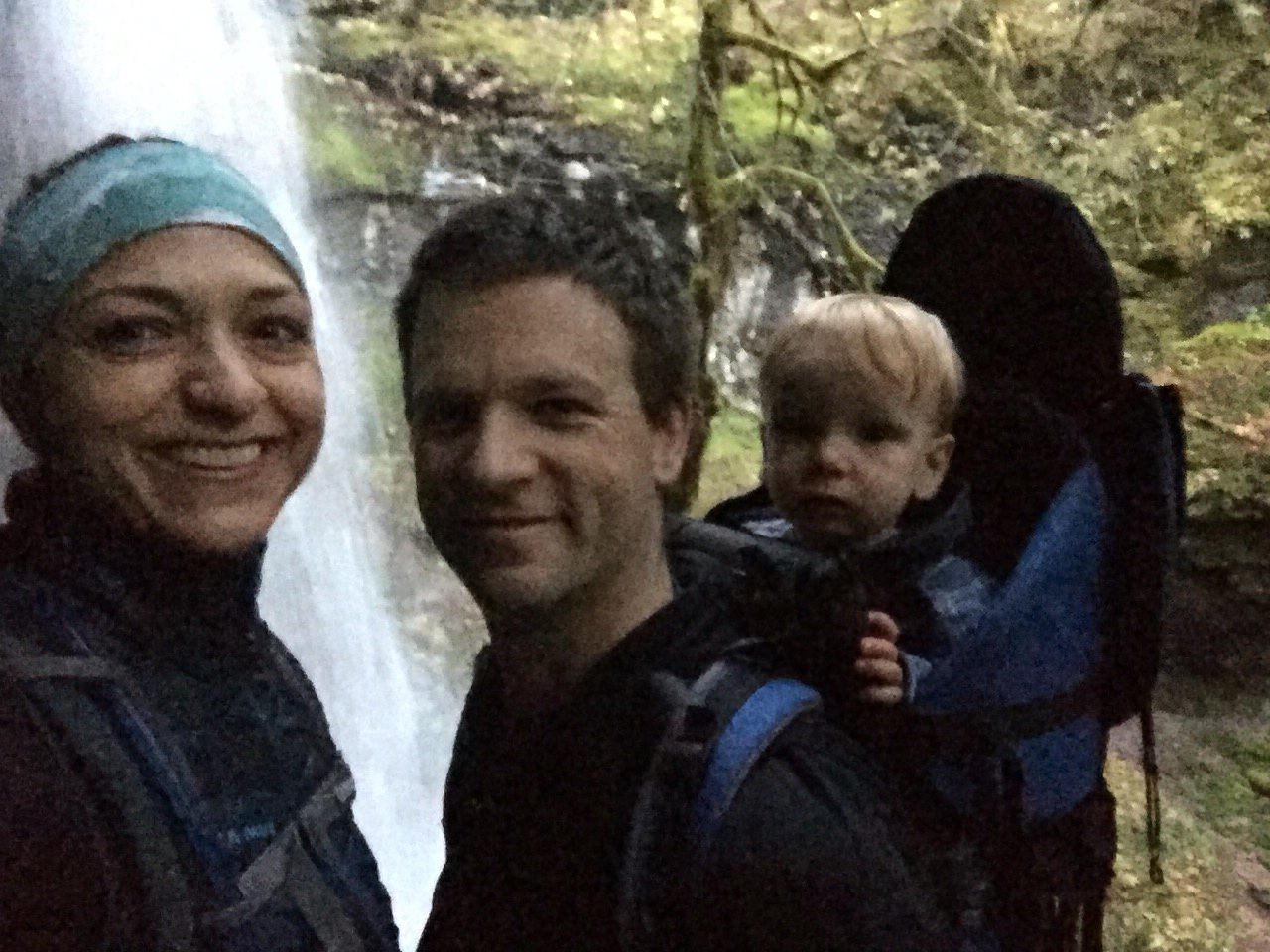 Behind the falls was pretty awesome. It was just unfortunate the sun was going down and it was getting cold. Hudson hadn’t let up on his protests. I tried giving him some food, but I think he was just cold. But in my rush to get out of the house I’d left his jacket at home, along with his hat and mittens. Kate wrapped him up in her puffy jacket, complete with the hood around his head. He didn’t like getting that wrapped around him at all, but he warmed right up.

Though we had headlamps, I didn’t want tunnel vision, and we made it back to the car without using them. We were definitely out there a little later than we should have been.

Back in the parking lot, I let Hudson out of the backpack to run around a bit. He ran straight to the car door, very ready to go home. Duplos in hand, he didn’t even complain on the drive home. But he did announce every car that drove by to us, “Cah! Cah!”