Six years ago, I tried to summit South Sister. However, in large part due to a severe lack of sleep (my wife had just had a kid), I struggled the entire hike. While I made it to the rim, I hadn’t made the true summit. So when a last minute free weekend aligned with an available permit, it was time to try again.

But the down side of a last minute trip was that everyone else was already occupied. I’d be going alone, finally giving me the excuse I was looking for to get an Inreach Mini 2. My previous trip had shown me I’d have no cell service once I left the interstate, so having a satellite communicator would make me feel a lot better.

As I’d be day tripping, I planned to leave very early, and set my alarm for 1:30am. And, just like last time, couldn’t sleep. Eventually, around 1, I gave up, had breakfast, and got on the road.

The smoke on the drive in from the Cedar Creek fire was a little rough, but the trailhead itself was perfectly clear. A couple miles into the hike, the sun came out. 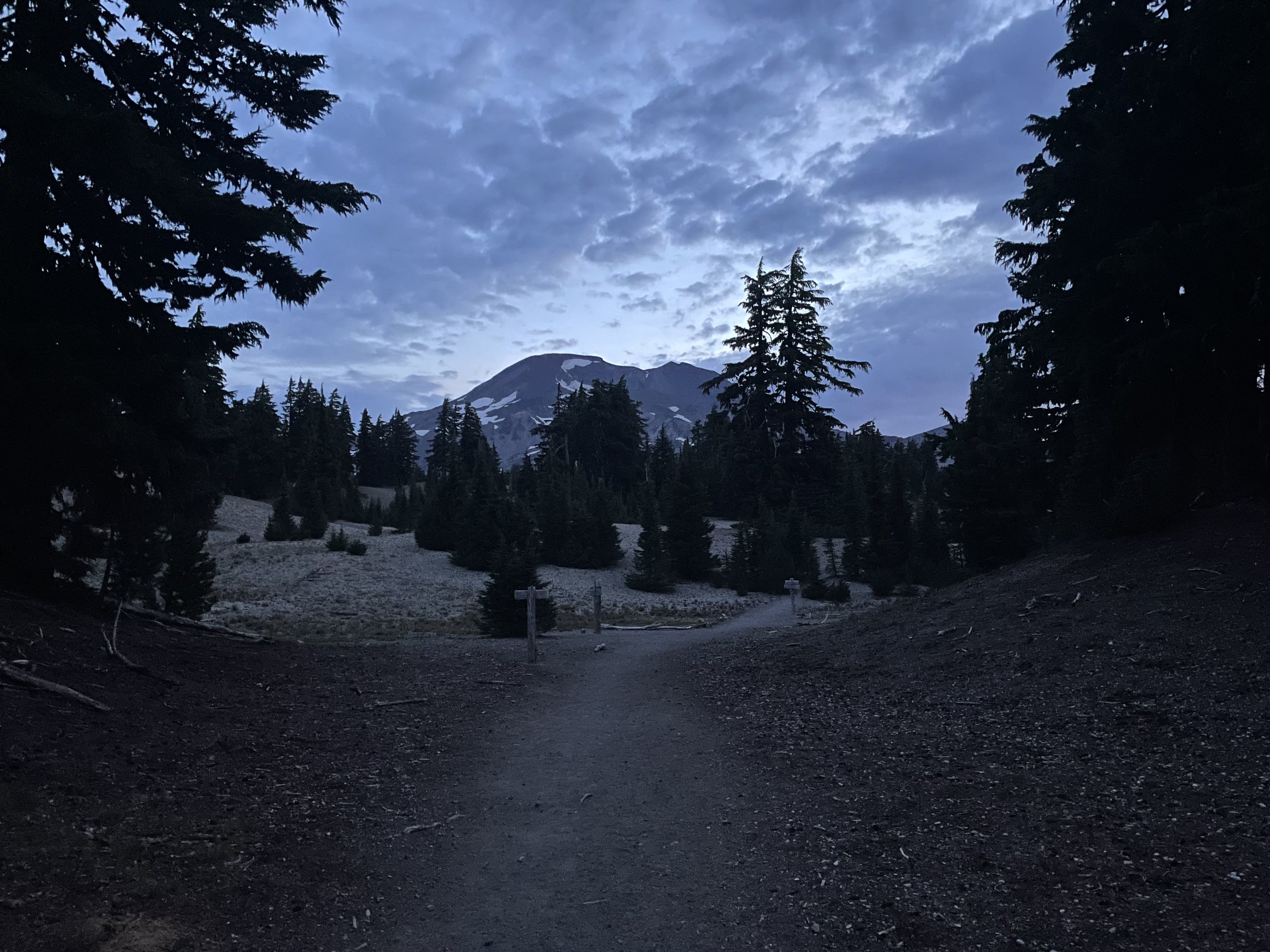 Walking across that open field was pretty idyllic, with great views of the mountains nearby. 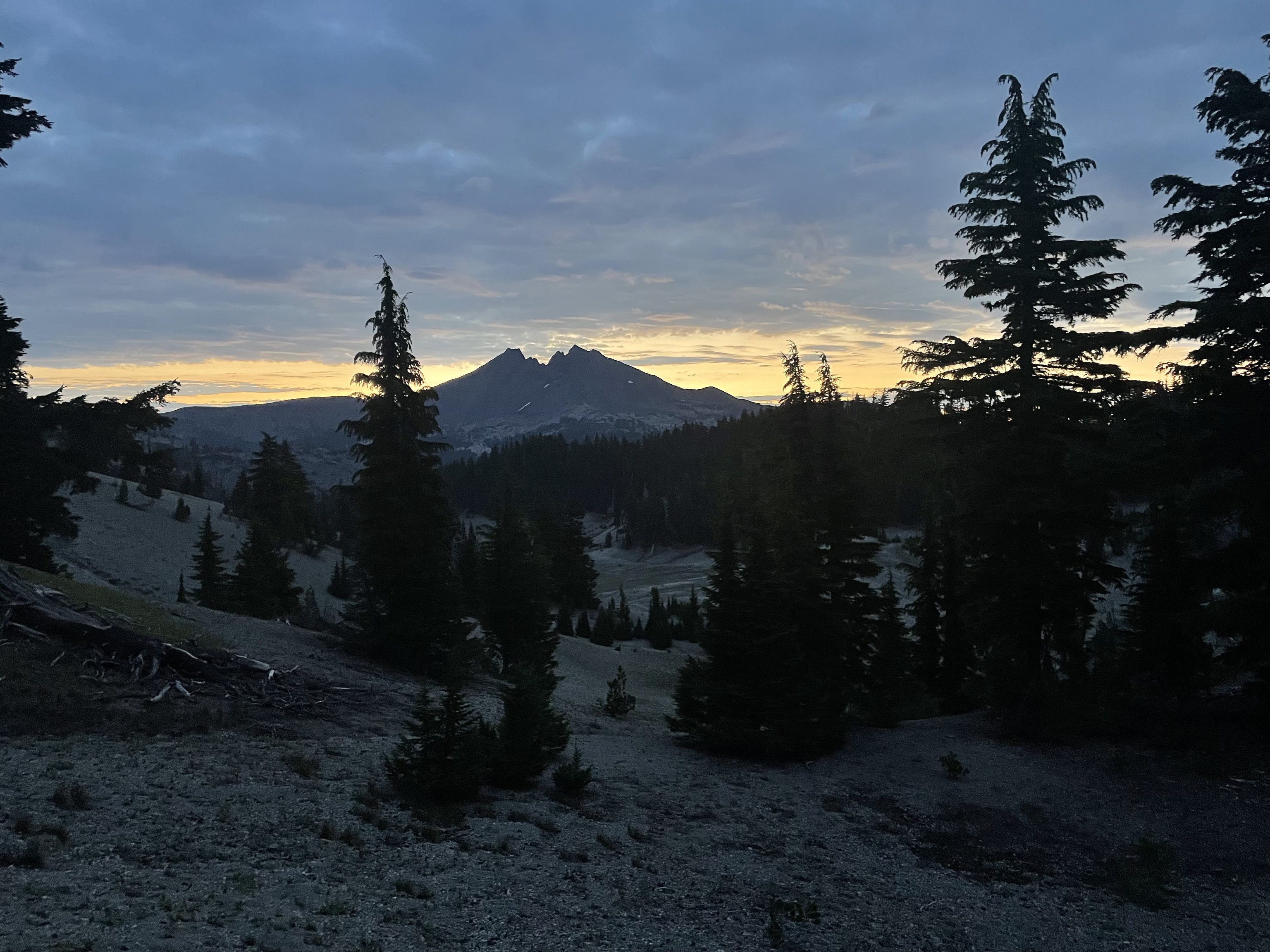 Until a bee tried to fly into my mouth. 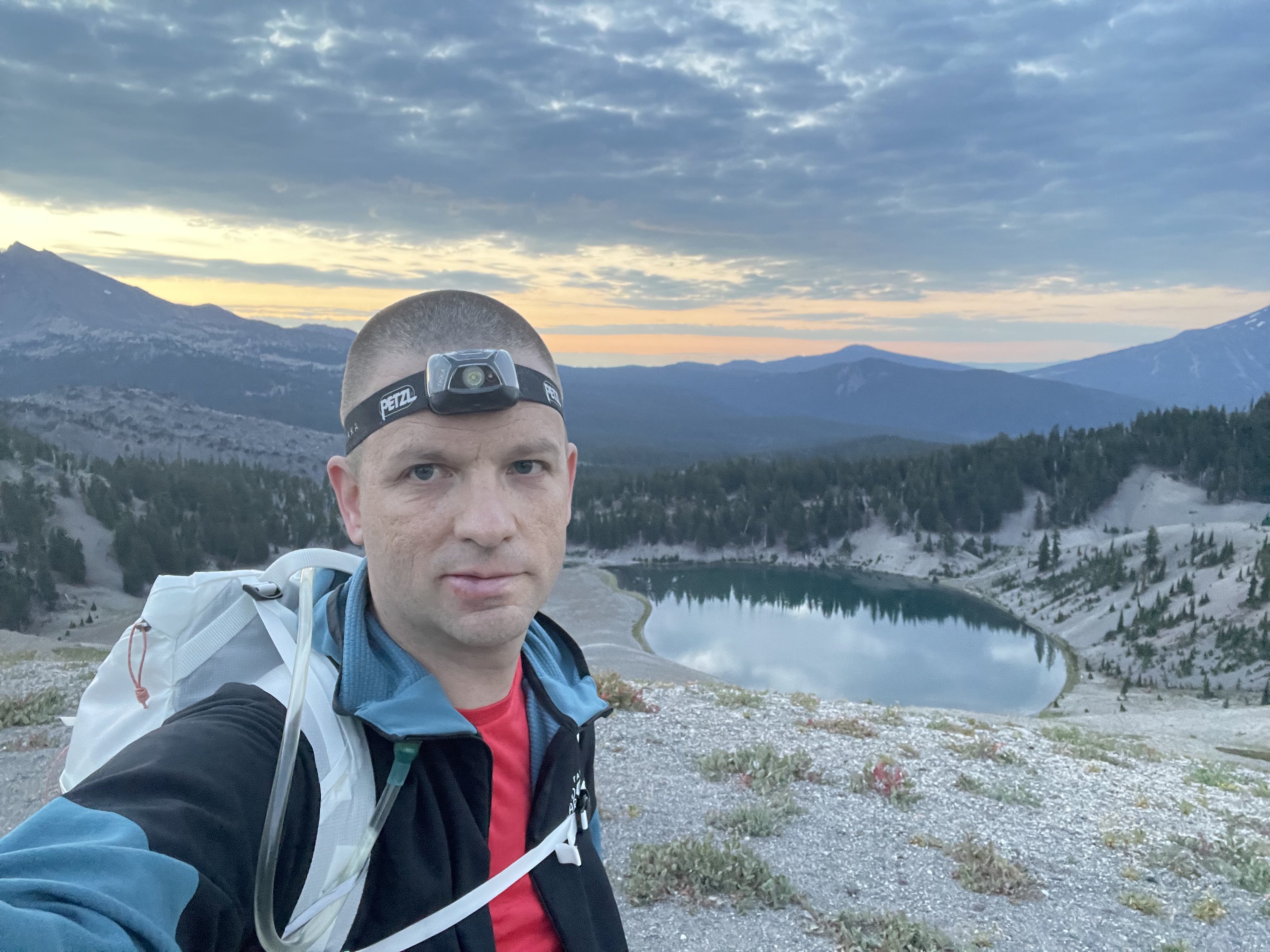 Within ten or fifteen minutes, half my face was numb. I considered heading back—I’d never had a reaction quite like this before—but things started to calm down again.

Last time, the hike up felt almost like a parade. There were hundreds of people. But this time, thanks to the permits, I saw maybe thirty or forty people all day long.

This time, I made the summit without issue. 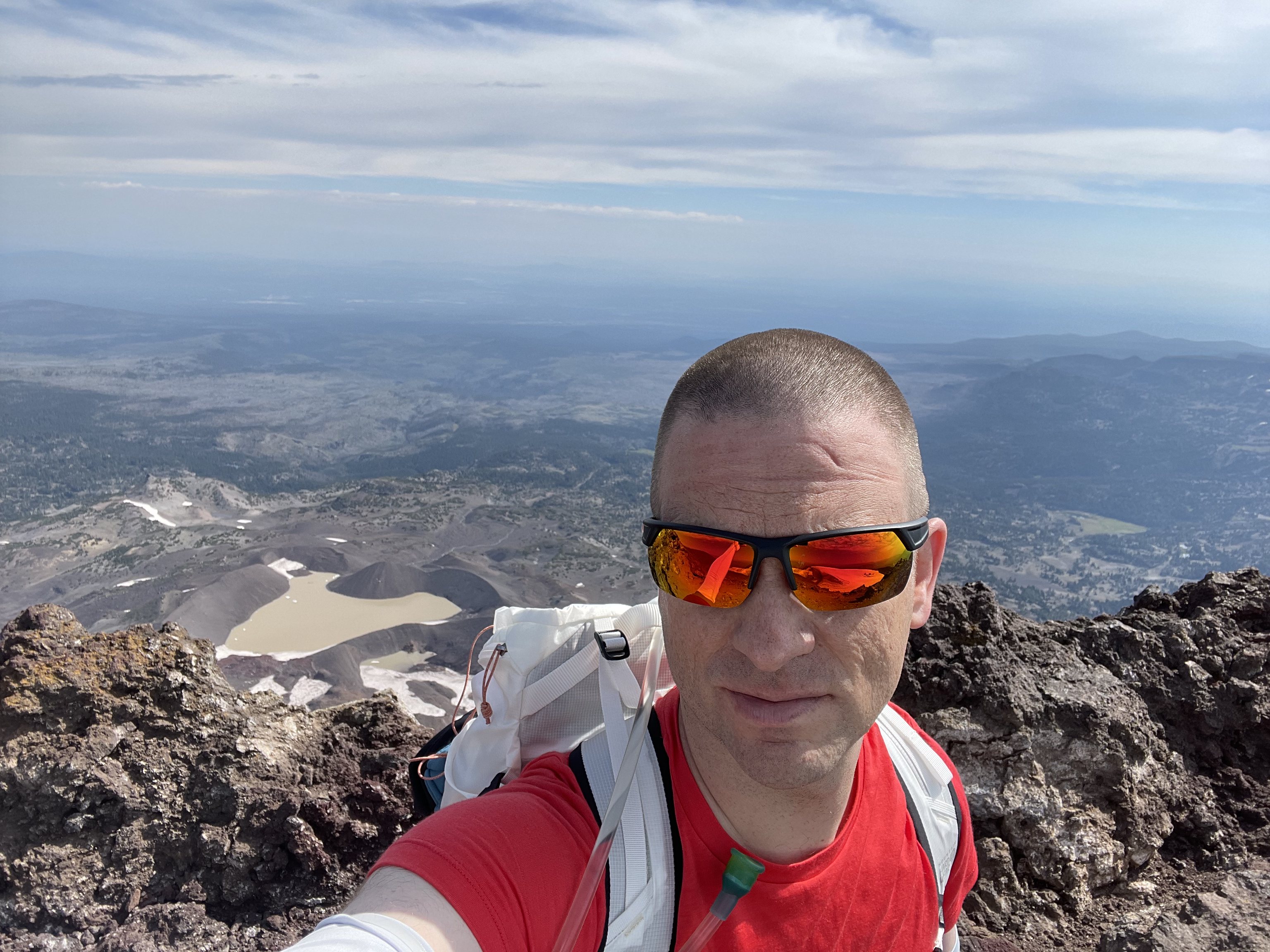 My original plan had been to circle the rim. But the glacier on the summit wasn’t in quite as good of shape as I’d remembered. It sounded like a non-stop stream of melting water. and some fallen rocks on part of the rim make two other groups reconsider their plans to circumnavigate. As I was alone, I returned along the main trail.

I ended up on the trail for about 10 hours, meaning that inReach came in handy, as I was going to be rather late getting home. Overall, great hike.